With the exception of a minor scale problem, I already liked the sketch I had for Luke—Luke going up the stairs had been the initial image that had popped into my mind when I was first thinking about making this image and it was still the foundation that the rest of it seemed to be built on. While I liked Vader’s placement, I had second thoughts about the pose I originally drew him in—it was a bit too active and aggressive for the moment I was trying to capture from Empire Strikes Back. I needed him to be a bit more passive. Having him advance with his lightsaber lowered would not only serve the story better; it would also make it a bit easier to integrate this Star Wars part of the image with the Alien stuff that was going on behind it. 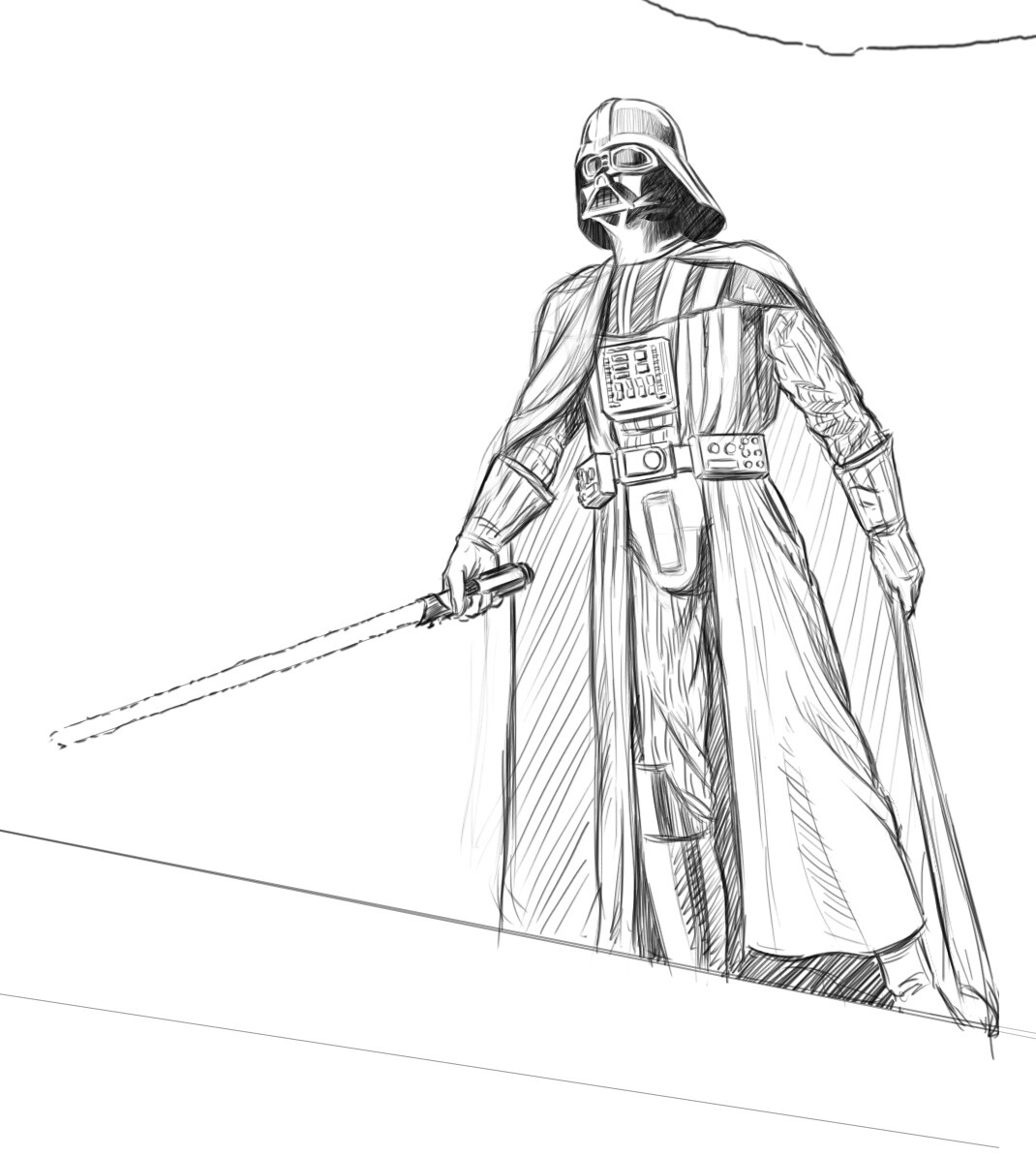 The character that gave me the most problems with coming up with the right pose was Leia. I knew I wanted her shooting a blaster, but the layout necessitated that she had to be firing upward at an extreme angle at a target that required her to almost be facing away from the viewer. I tried a number of different variations and ended up deciding that a profile was going to be the best pose I could put her in and still have her firing in the direction she needed to be firing. 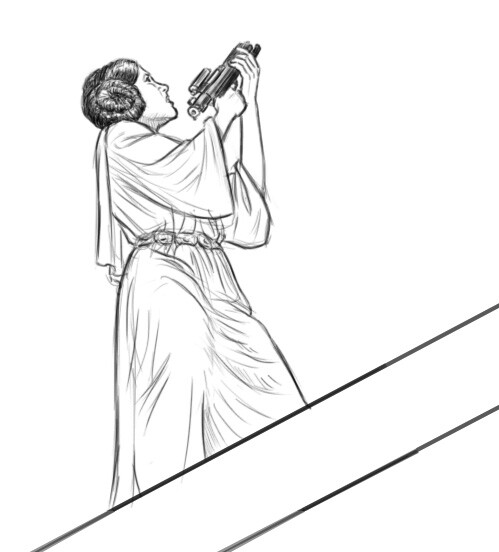 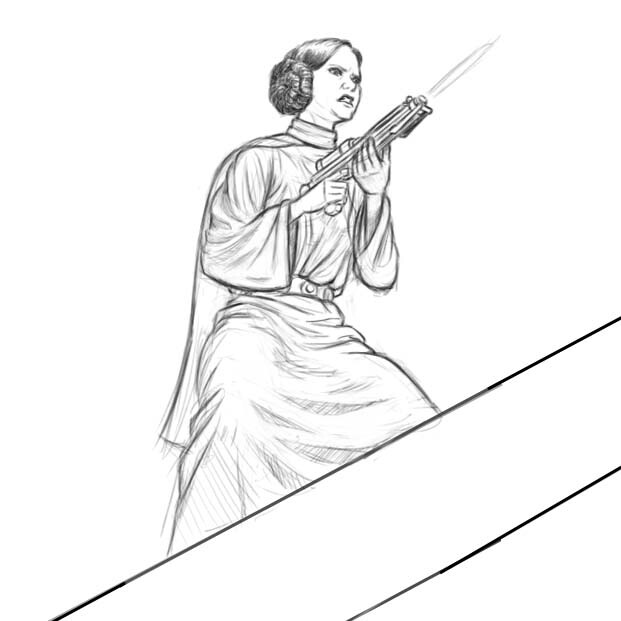 I was really hoping to include a stormtrooper falling off a ledge and into the Death Star chasm but unfortunately, the layout change left him on the cutting room floor! 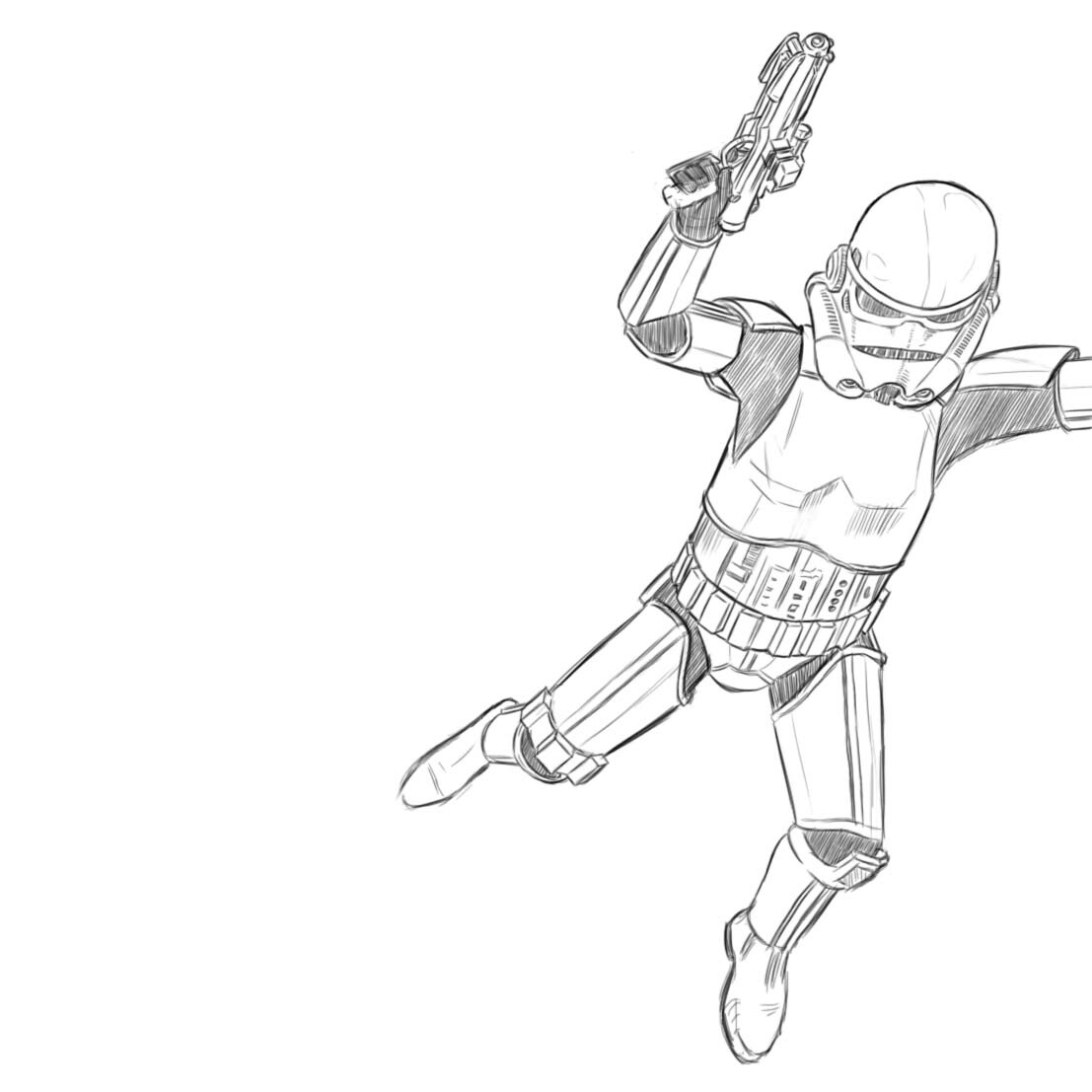 The remaining stormtrooper ended up in a pose that reminded me a lot of a still they used in the original Star Wars trading cards so it had a kind of iconic look. 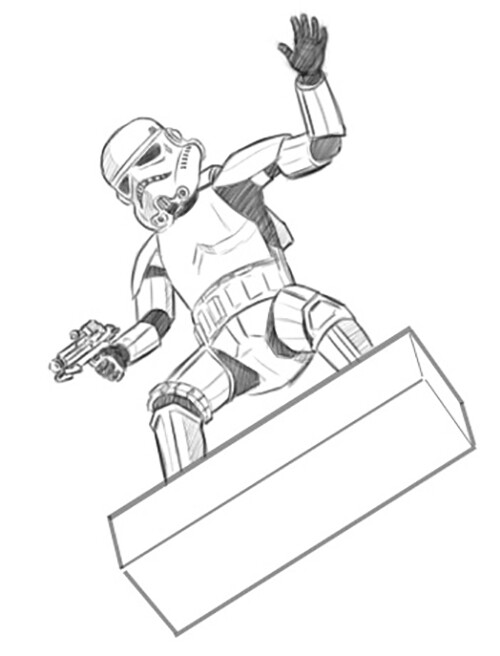 I ended up being really happy with the layout change when it came to re-posing Ben. He’d originally been show straight from the back and with the extremely low eye line, it made it hard to draw him as anything other than a relatively shapeless robe with a couple of hands coming out of the sleeves. The new layout enabled me to turn him slightly toward the viewer so some of his face could be visible. 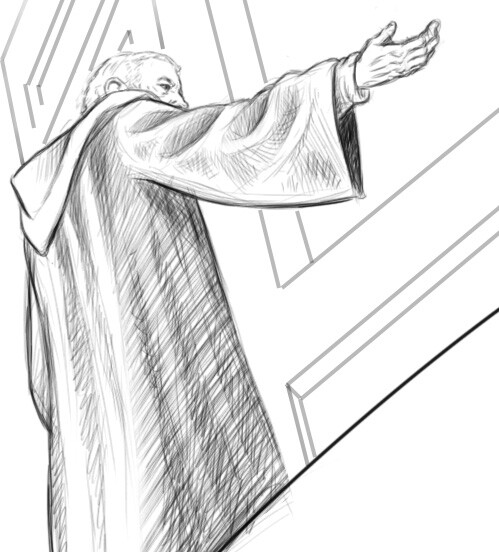 I had a new, (hopefully) improved set of character sketches. Now it was time to add them to the new layout to make sure everything was working together.