Now that I had a full set of character sketches, it was time to add them to the final layout to make sure everything was working together.

This was fairly straightforward—the first attempt at the layout gave me a clear idea of the way everything was going to fit together this time around so adding the figures was just a matter of scaling and rotating them into their final positions.

Comparing the first attempt with the final layout made me feel like it had finally turned into a workable image. I liked the way the architecture and elements like the Alien’s tail led the eye around the composition. It had a nice visual rhythm and balance. 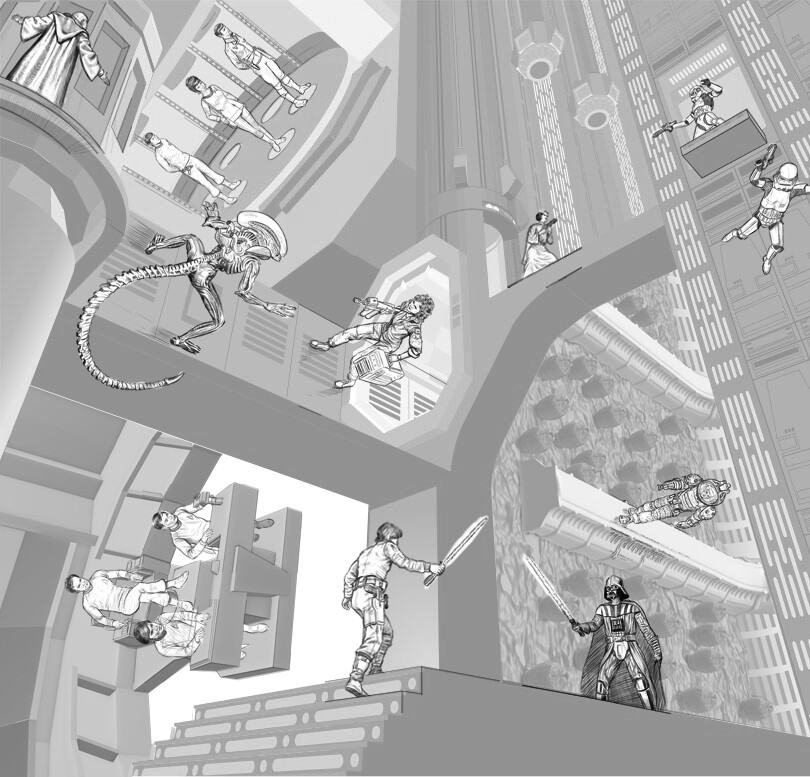 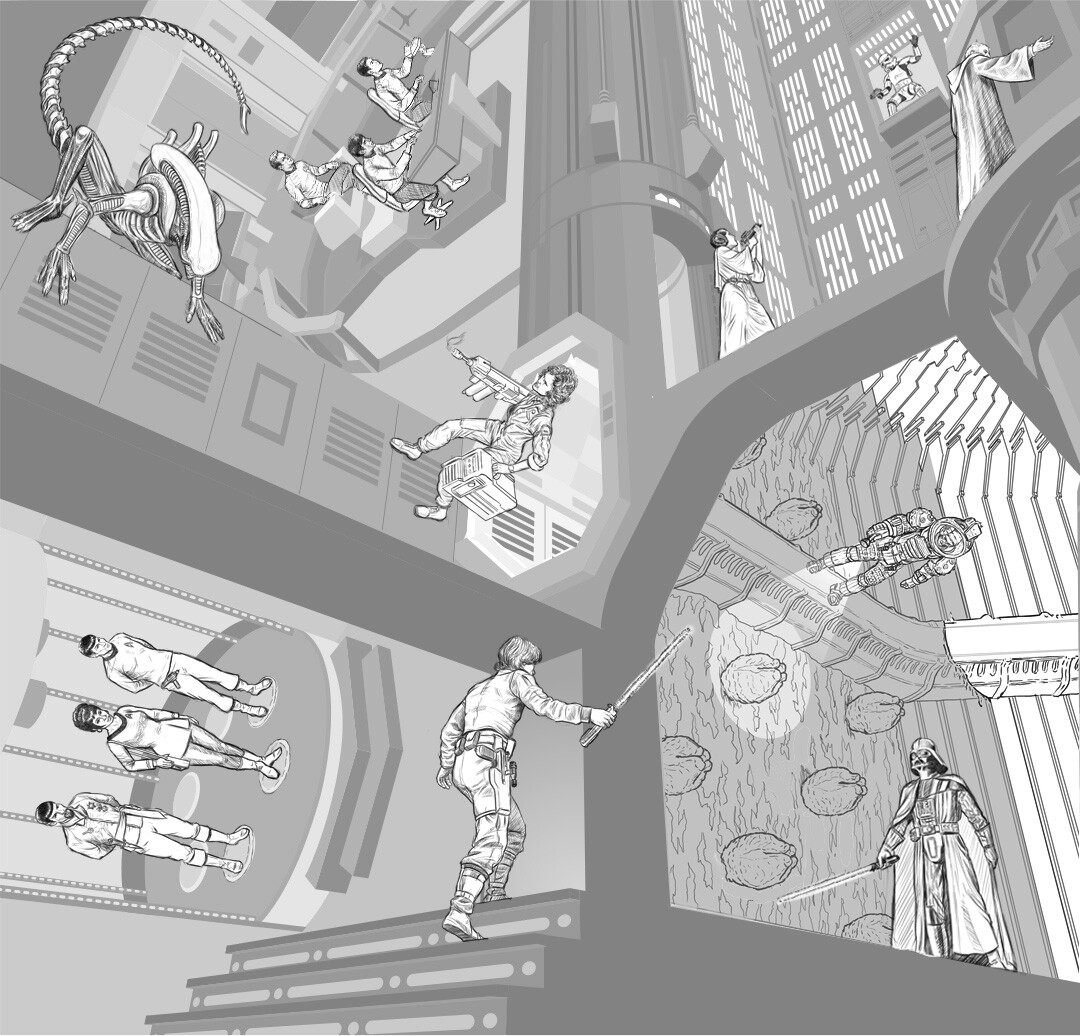 Now I could get on to creating the final art for the characters.