The change in layout necessitated that all the character sketches needed to be redone but my previous work didn’t feel wasted. The first drafts gave me an opportunity to hash out how I’d deal with the costumes and accessories so I felt I was working in familiar territory.

The Alien had been the first character I’d drawn for the first batch of sketches so I figured it would be as good a place to start as any. It was the character whose pose I wanted to change the most—the relatively static pose of the first draft gave me an opportunity to suss out what went where with the anatomy but I now wanted to add some drama and menace to the pose (as well as depart from making it look too much like a guy in a suit.)

Having the Alien in the midst of climbing on to the walkway Ripley is attempting to walk across felt like a good, dramatic confrontation, as well as giving me the opportunity to use its tail to close off the top left corner compositionally. The tail could also serve as a frame around the Star Trek bridge, so things were starting to flow together. 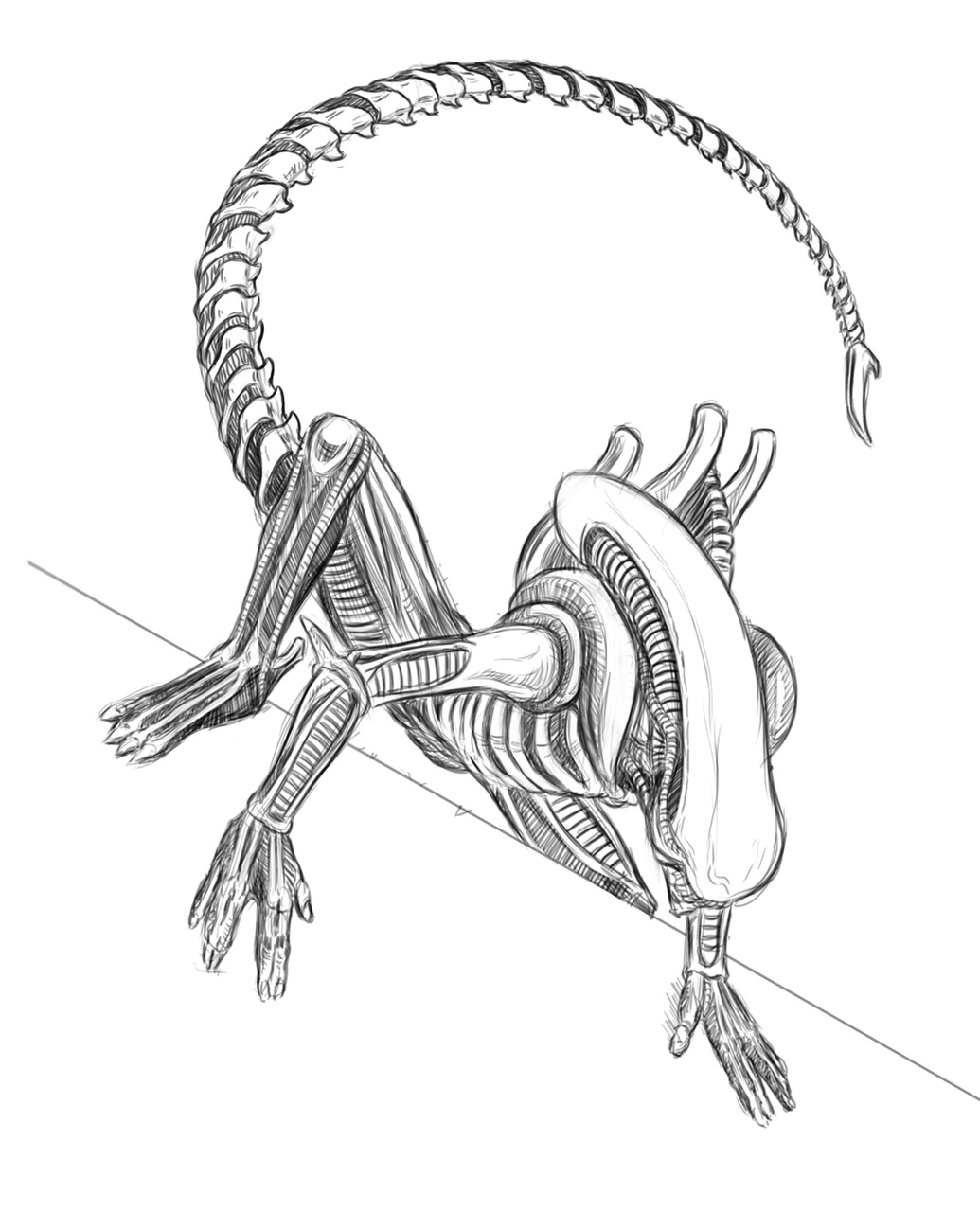 Ripley’s overall pose didn’t need much of a change, but I wanted to go back in and try to get a better likeness than I’d been able to get with the first draft. 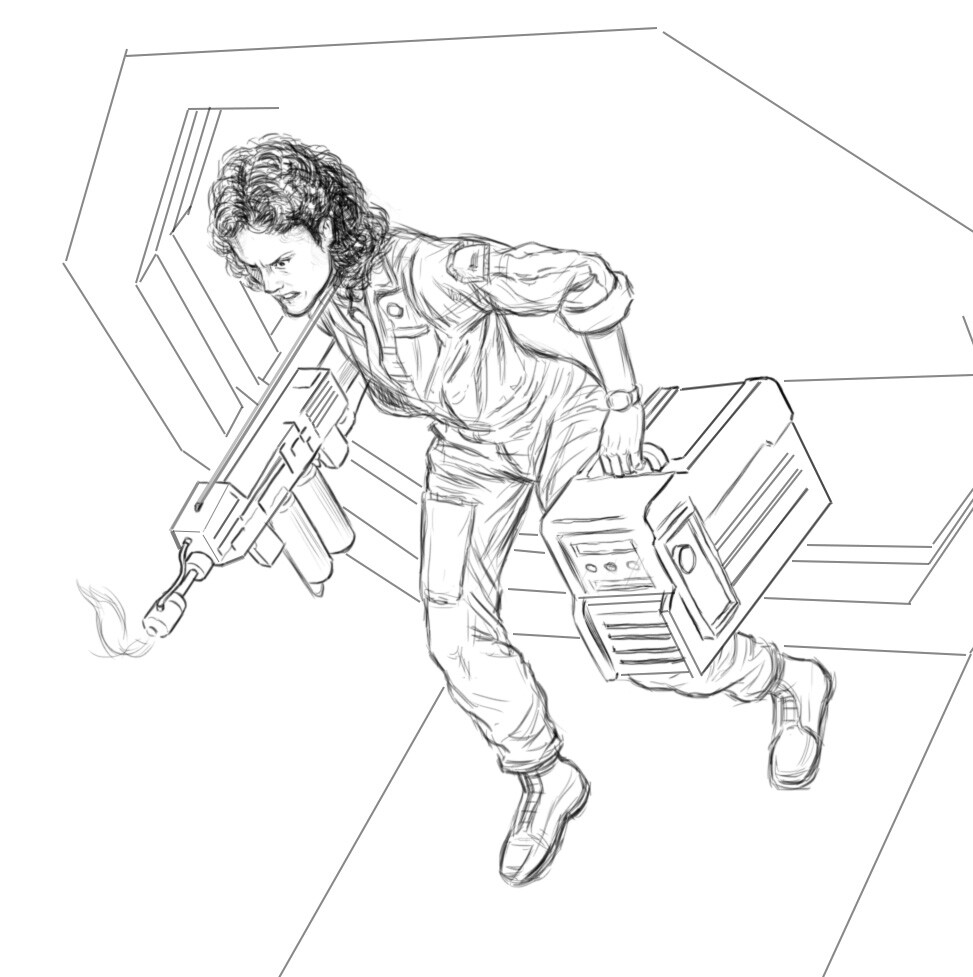 Kane and the various elements of the egg chamber still had some proportional issues that cleared up as soon as I drew him in context. 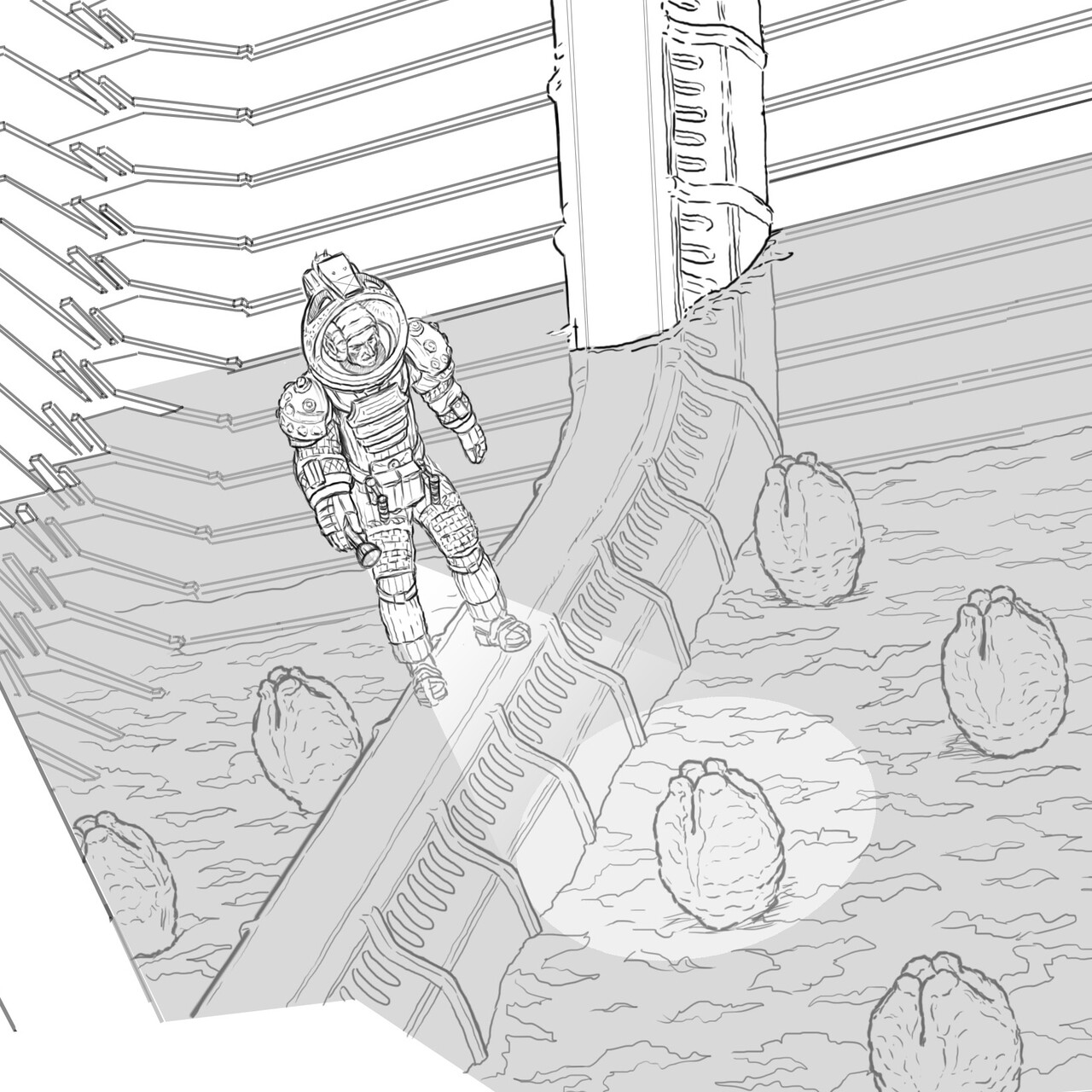 That was a lesson I was going to apply to redrawing the Star Trek characters: drawing them in individual isolation helped to get all the details where they needed to go, but getting the characters themselves in the right places necessitated drawing them (and thinking about them) as a group.