Three Worlds, One Image: The Final Image (Version One)

All the pieces were done; now it was just a matter of putting them all together. 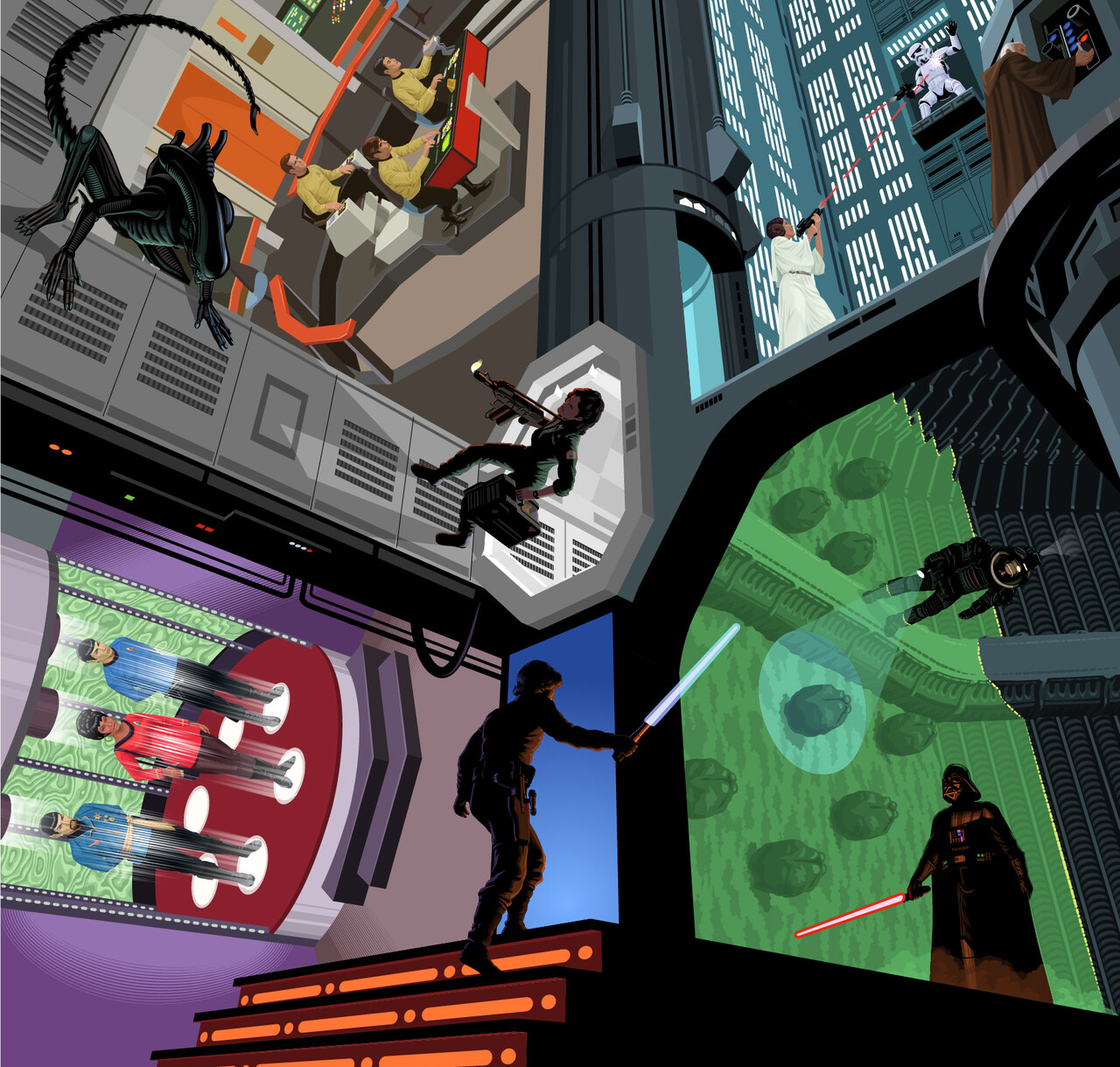 There is definitely a bias in favor of the original orientation of the perspective grid (with the Star Wars axis being the “ground floor”) but it’s still fun to spin it around and see if it from the viewpoint of the other two horizon lines. 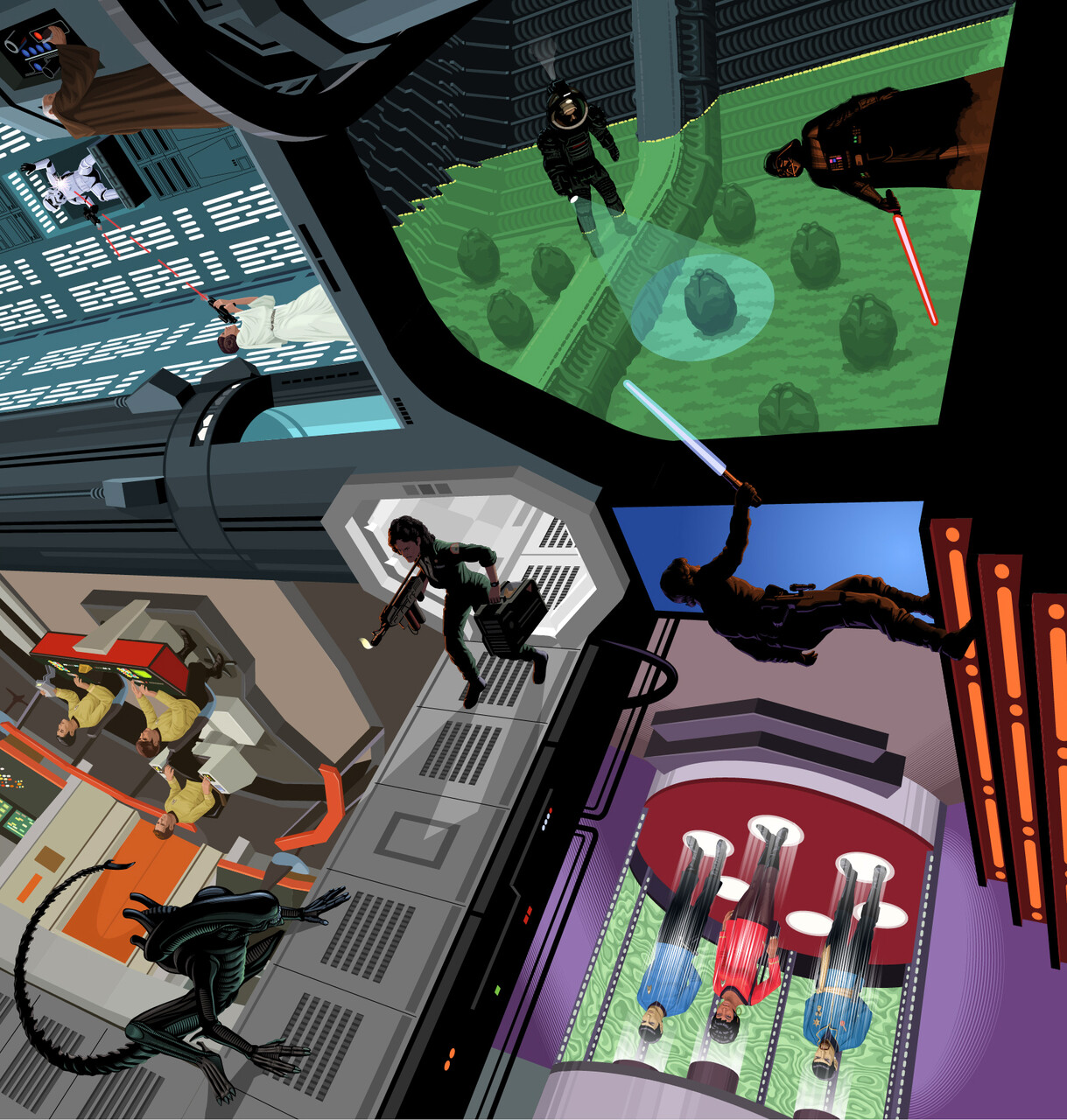 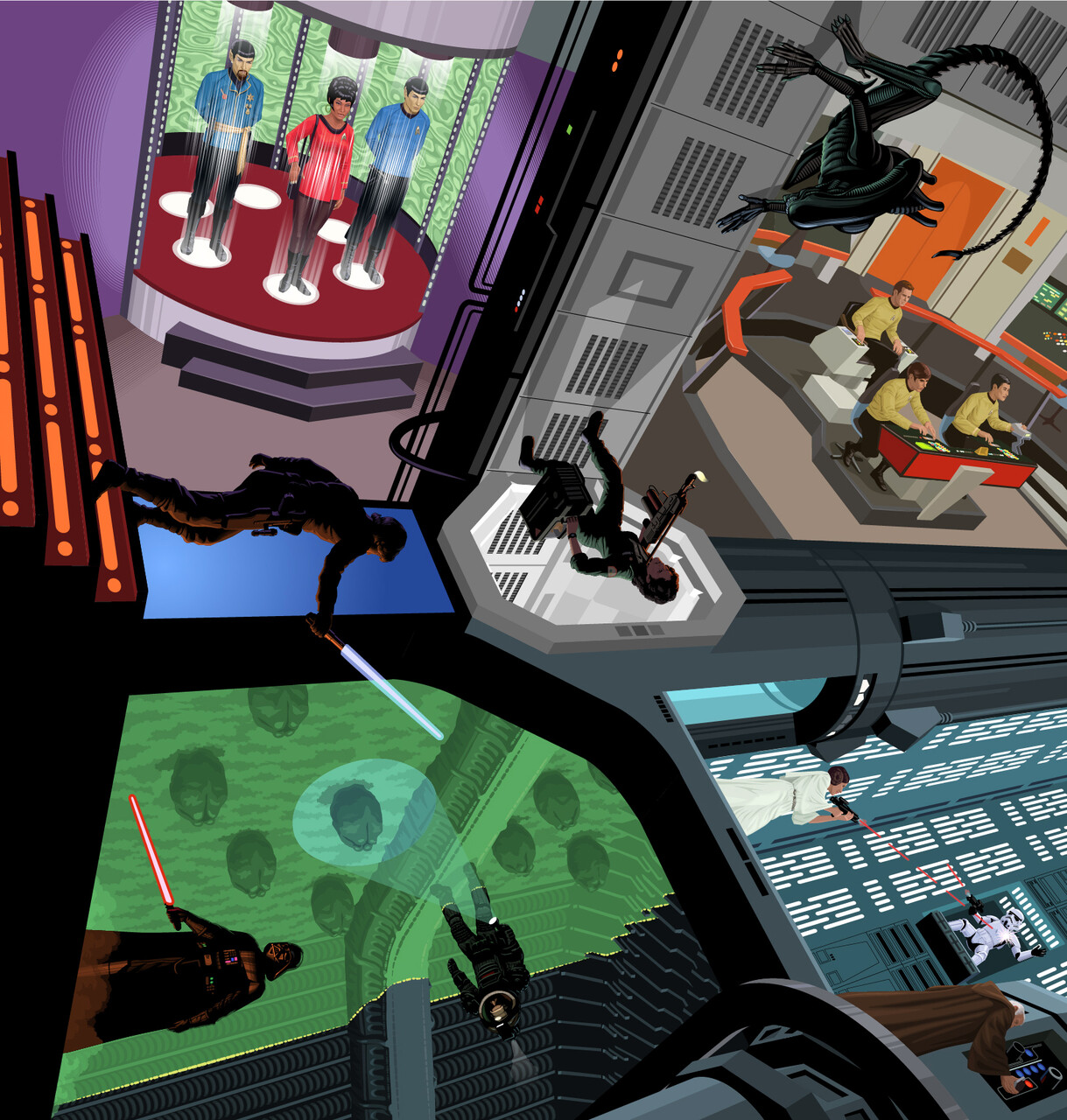 I was satisfied with the way it had come out but I was now faced with the challenge of the best way to present it. It was always intended as a “portfolio piece”—there was no way I could ever do anything with it commercially so it was limited to only being seen online—but it wasn’t the kind of image I could just post to social media as-is: the level of detail required a lot of zooming in and out to get any idea of what’s really going on.

I decided to create an animated “fly-through” in After Effects to dive into each area. That idea immediately led me to think of the ways the characters could be animated, VFX could be added to elements like Leia’s blaster and the lightsabers, and the preliminary sketches could be combined and morphed into the finished art.

The final version of the project ended up spawning a multitude of new projects in After Effects. It was time to get started on some animation to bring it to life.