Adding the characters to the layout was simultaneously frustrating and inspiring—it was daunting to see the number of changes that needed to be made but seeing the way the space came alive by inhabiting it with the figures lit a fire under me to continue on. It was also reassuring to feel that the work I’d already done served to clarify the direction I needed to go. The layout I had didn’t work but it did show me the way I could fix it.

Flipping the Death Star tractor beam was an immediate improvement—it brought all of the Death Star characters together in the top right corner and freed up space for both the Enterprise bridge (which I was swapping out with the transporter room)  and the Alien in the upper left corner.

The two Star Trek areas benefitted from the swap. Not only was the relative space for each used with better economy but the orientation of the bridge benefitted from its new place in the perspective grid—the characters were seen more in profile, which gave them a more definite direction pictorially, if nothing else. The transporter room could now be drawn in the correct scale—I’d had to spread it out too much to fill its previous space. 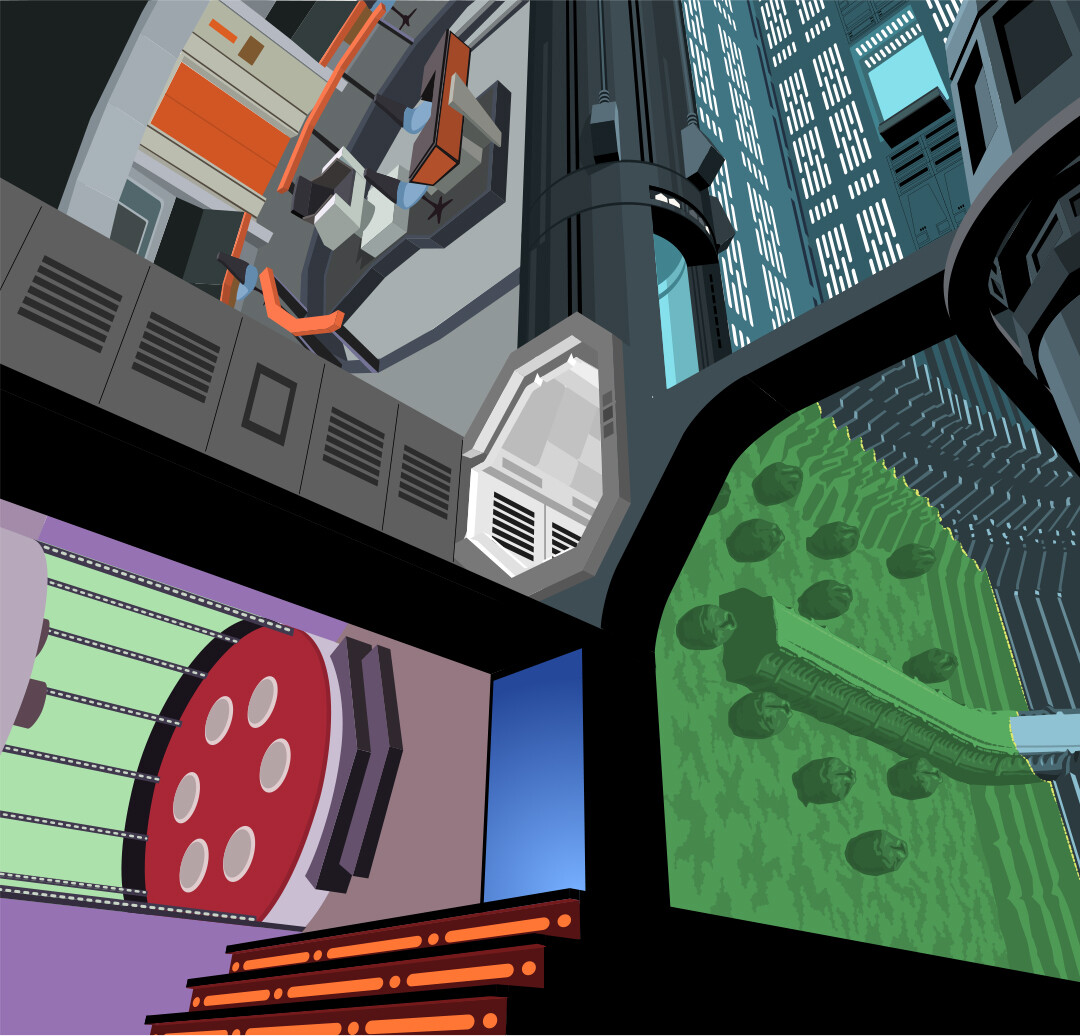 Having a clearer idea of the way everything fit together helped to rationalize the space overall. My original layout had left the relative distances within each region a little too ambiguous which made it a challenge to keep the characters’ relative sizes consistent. Having a space that was working as a total space helped me to figure out exactly how big each figure should be to occupy the space they were in. This helped immensely with getting Luke and Vader’s sizes right at the bottom of the image and made me realize the Alien would have to be much larger than in the original layout. This was an added blessing because the top left corner was still a mystery to me.