After finishing Luke’s big showdown with Vader, the logical next step seemed to be Leia’s cinemagraph but I didn’t have a very clear conception of the way I wanted to approach it. Adding a narrative element with including Vader in Luke’s cinemagraph changed the way I’d initially thought about making them. I had started out with the Star Trek bridge primarily using the motion graphics to create a “before and after” transition from the initial sketches to the final art but now I was thinking more along the lines of using the finished art I had as separate elements that could be repurposed into creating stories and situations that didn’t necessarily appear in the original image.

The next idea that developed from this approach was using the Alien and Ripley together in a new space that would be more true to the original film. Since I was using the original art of the characters from the perspective it was created, I was probably going to have to take some liberties with piecing elements of the Nostromo together to fit them to their relative positions.

I went back to Blender to create a new Nostromo background. I liked the idea of using the Nostromo’s ladder openings between decks as a good place for the Alien to be climbing out of and the tunnel Ripley was walking out from already worked. I used an image of the characters I had as a reference in Blender and fit the new geometry around them. 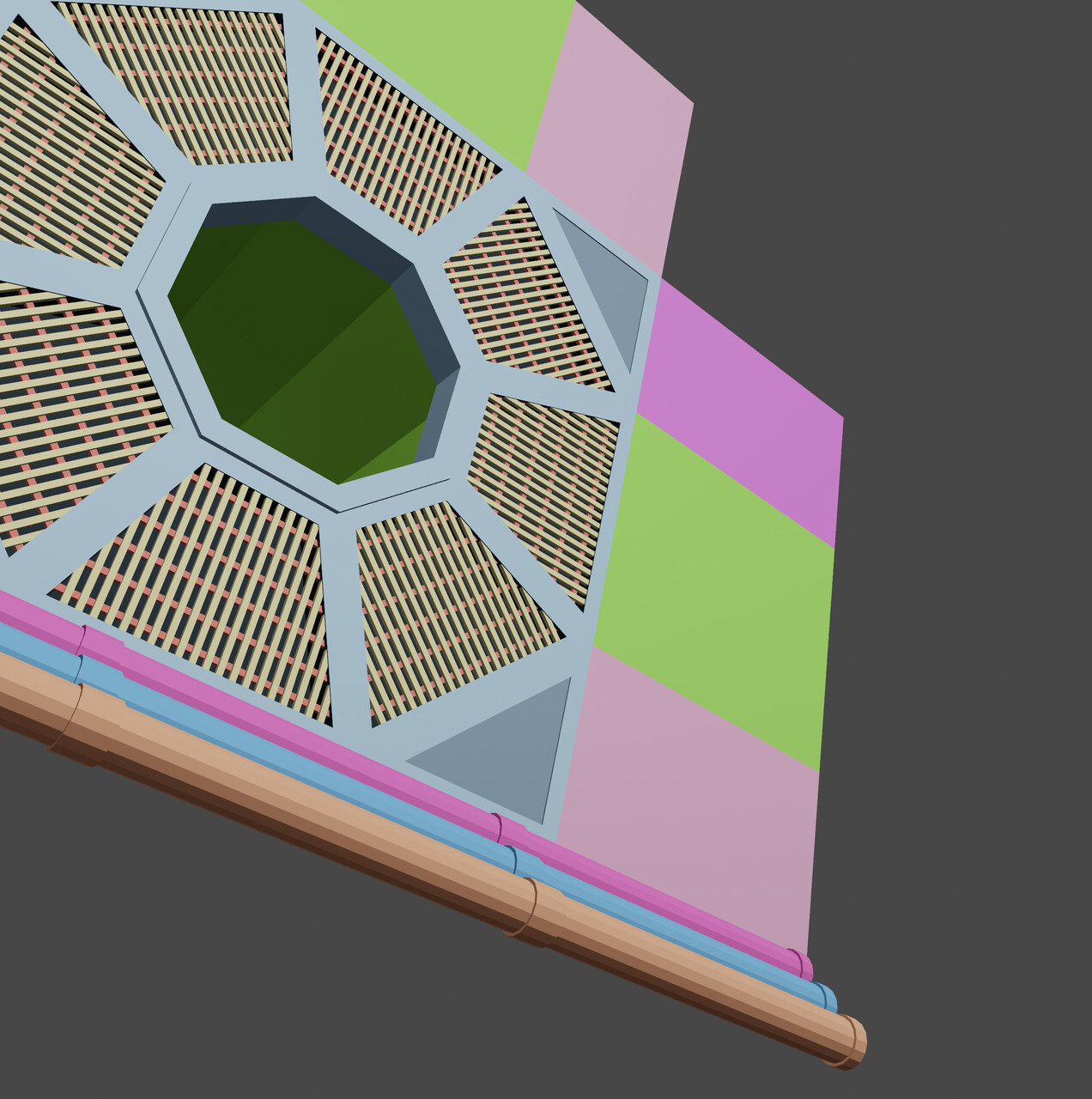 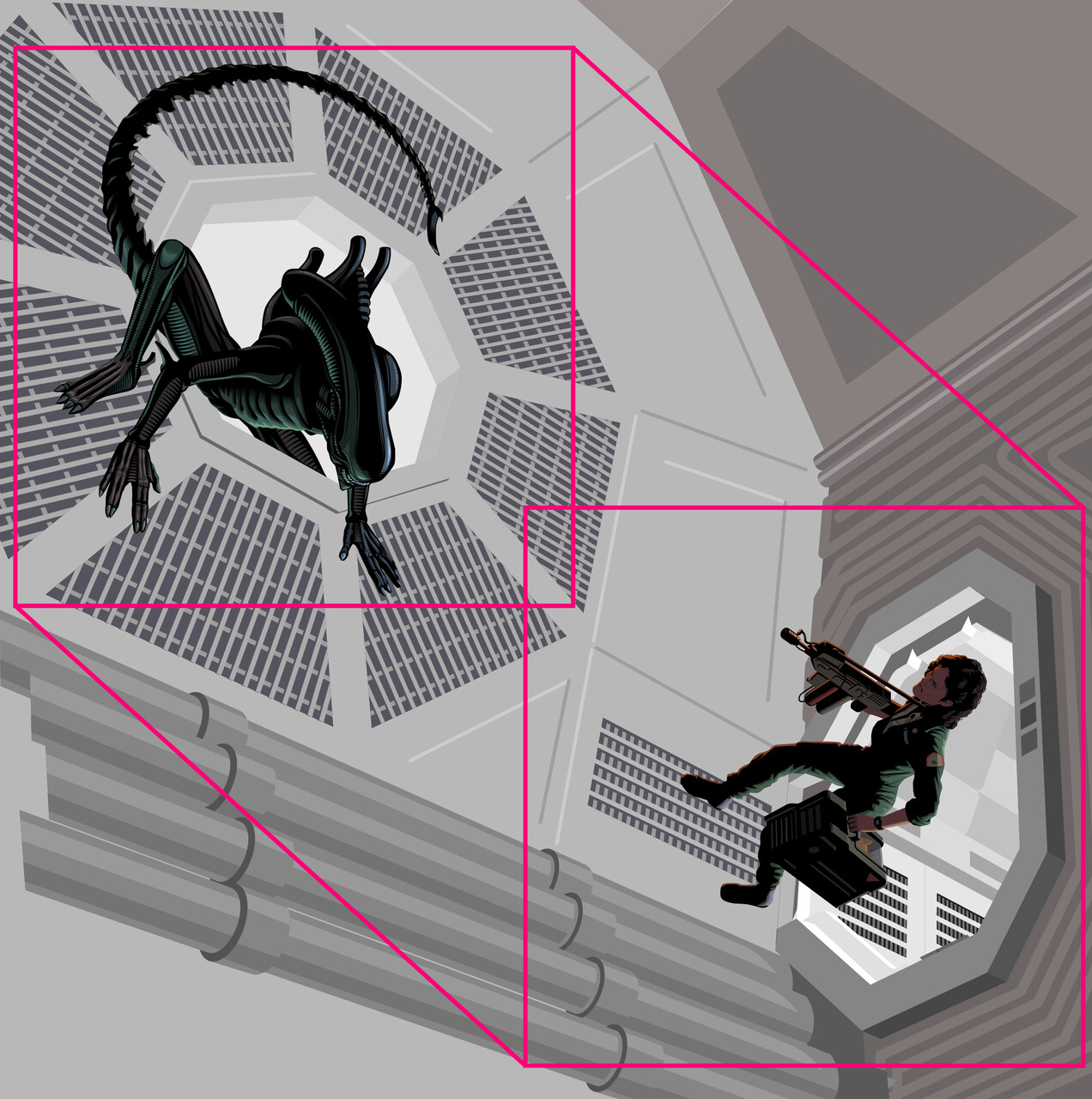 I wanted to get the Alien’s tail to really move, so discovering the DUIK Bassel plug-in for After Effects was a godsend. It enabled me to quickly rig up the Illustrator art I already had within After Effects and create the whip-like tail motion by rotating one bone.

I wasn’t satisfied with the look of my first attempt but it did help me to work out the coordination of the flame effect with the quick camera movement between the characters. I definitely needed to strengthen the flame and lengthen it so it would give the Alien something to scream about.

Rendering the flame at a lower sample rate actually helped to make it “fit” with the stylization of the art.

I still wasn’t too sure about how to handle the Leia cinemagraph, so I figured I’d go on to Kane in the egg chamber. The primary problem of the laser smoke effect over the eggs had already been solved by doing the Vader cinemagraph so I was confident I could get it done without any major problems.